While I understand the reasoning behind evidence-based medicine (EBM), common sense tells us that no rules are going to correctly fit a situation 100 percent of the time. We are all different. More importantly, the reduction of medical decision-making to a set of research-based findings destroys the real value of medicine, the story space between physician and patient. The solutions to patient problems will vary from patient to patient, sometimes including results which fit EBM and sometimes not.

Dr. Mark Tonelli, an early critic of EBM, has been looking carefully at the problems with evidence-based medicine for 20 years. Recently, Dr. Michael Accad interviewed Dr. Tonelli. Dr. Tonelli believes there is a need for case-based reasoning as well as EBM.

The answers leading to diagnoses are often found in the art of medicine, not research-based checklists. Art is usually associated with right brain function and list-making with left brain function. British psychiatrist Iain McGilchrist, in a video based on excerpts from his presentation The Divided Brain, discusses the differences between the functioning of the two hemispheres, emphasizing that they need to work together. McGilchrist believes that up until a few centuries ago, our mindsets kept the two perspectives in reasonable balance. 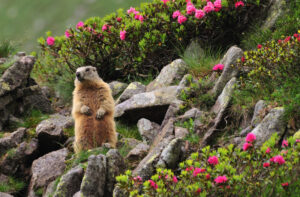 Much of the problem he sees in our angry, unhappy people today stems from over-reliance on the left hemisphere’s habit of isolating, fixing, abstracting, and decontextualizing our surroundings. On the other hand, the right hemisphere perspective is the world of the individual, changing, evolving, and interconnected. Today’s emphasis on data and EBM has created a shift in our  perspective, favoring the left brain mode of abstracting and isolating information, tossing out the data that doesn’t fit the desired result.

McGilchrist doesn’t mention Walter Ong, who wrote Orality and Literacy over 30 years ago. Ong described the kinds of changes that occur in literature as cultures move from an oral tradition to a written one. This book provides a very good background to the newer notions presented by McGilchrist.

Like all art, the source of the art of medicine resides in the right brain. Left brain evidence, neatly boxed data, contains part of the story, but not the whole picture of what makes us human, unique individuals which may or may not fit the data boxes.

The real difficulties arise when the patients have complaints that don’t fit the checklists. When the check lists fail to turn up anything that can lead to a diagnosis, the default result winds up something like “there’s really nothing wrong here that won’t resolve itself at home.” In an age where the mantra is do not overtreat patients, discernment seems to be lacking. Sometimes those sent home to rest are obviously very sick. Chances are the examining physician hears the many warnings as he works: let’s not do too many tests, let’s not give unnecessary antibiotics, let’s not do anything. Assume the patient will eventually get well without treatment because the comforting checklists fail to show anything wrong or point to a diagnosis. With the “treat and street” mentality of many ER managers, the patients are sent home, symptoms and all, only to wind up on some other ER doorstep, or occasionally, dead.

The checklist mentality has seemed to produce a generation of physicians who feel that there is no obligation to find out what’s wrong with patients as long as check lists indicate there’s no diagnosis. This is using only one half of the brain described by McGilchrist.

Give some thought to a patient who presents to the ER with a constant, highly painful headache after a three-wheeler turnover two months previously. The big city ER, the physician’s response is “Oh, you had a CT scan two months ago. Don’t need to repeat in now. Everything else looks normal. Go home and take it easy for a few days.”

Back at the rural ER where the patient returned, another CT was done with the realization that CT results change over time. There was now a huge hematoma in the patient’s brain that wasn’t there two months ago. Many conditions do not show up immediately on CT scans. Order a second scan? Risk being one of those “too many tests” physicians? Get one’s pay dinged for not meeting fewer test quotas? This is not quality healthcare.

The question remains: how many patients get substandard care as a result of these mantras? Yes, there are many ERs taking care of their patients with great care and compassion. But there are also many ERs managed by those who believe “treat and street” generates the profits while they mouth sweet nothings about providing stellar healthcare to their patients.

If this were a rare story, it would be one thing. The problem is— it isn’t. Too many young physicians feel comfortable turning patients away when check lists provide no diagnosis. Too many patients are turned away from ERs sick and without diagnoses, only to have to go to the next ER down the street, and the next, and the next….

As we have become more and more able to collect large quantities of data, we have deluded ourselves into believing that everything of importance is in those numbers. Much like devoting exclusive attention to arranging napkins on the Titanic.

One of the reasons proffered for the value of “evidence-based” medicine is to try to dislodge some medical practices that the medical community has now come to realize are less effective than it once thought. By the same token, medical knowledge changes constantly, and so too do treatments. So the “evidence-based” protocol of today may well be tomorrow’s outdated practice. The Framingham study is a well-known example.

Daniel Goleman in his book A Force for Good spent many hours interviewing the Dalai Lama. Goleman tells us that the Dalai Lama has often met with scientific communities. He says meetings with scientists remind him of “an old Tibetan story about a yeti who was catching marmots (p. 8).”:

The yeti had stationed himself at the entry hole to a nest of marmots, and when one popped out, the yeti would lunge to grab it and capture it by putting the marmot under him as he sat down. But every time the yeti reached for another marmot, he would have to stand up—and the marmot previously captured would run off. (pp 8-9).

The Dalai Lama from Daniel Goleman’s A Force for Good

Transforming numbers, even lots of numbers, into neatly displayed check lists certainly provides some helpful guidelines for analyzing what may be wrong with patients. However, the numbers are NEVER the whole story. As I’ve written many times before in this blog, the art of medicine cannot be neatly categorized into a game of matching symptoms to evidence. Novices use checklists. Experts actually aren’t even aware of rules as they come up with the real problem, not from memorized lists, not from “evidence-based medicine” per se, but from many years of observing and listening to patients.

However much data we have, the black box is as yet beyond the reach of artificial intelligence. The art of medicine is in the black box and only physicians who have learned from past experience, possibly years of past experiences, are going to be able to escape the checklist trap.

The sad thing is that medical students are being taught that check lists without diagnoses are O.K. In the old days, when the art of medicine prevailed, the physician’s job wasn’t done until there was a diagnosis which fit the patient’s symptoms and the patient’s story. Instead, we now have health care CEOs who think we can turn medical decision-making over to AI machines and replace physicians with nurse practitioners. At this rate, soon not only will physicians be gone, but also any semblance of quality healthcare as well.

*Marmot: a form of large squirrel

Retweet if you agree that the lockdowns and pushing covid mRNA vaccines without long term safety data are the biggest medical scandals in history!