I have posted often about the methods insurance companies use to avoid payment on claims, whether it’s the claim submission process itself in “The 1500 and it’s Sidekick the EOB,” or more recently, increasingly novel ways payers use to deny payment in “North Dakota Medicaid and Erectile Dysfunction.”

Physicians often complain about the difficulty of getting paid by insurances, Medicare, and Medicaid for the care they provide patients. However, the details of just what it takes to get a few shekels from third party payors seldom see the light of day. For one thing, the details of claims submissions are really, really boring. 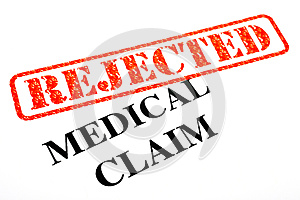 Much is made of transparency in health care these days.  And that should include exactly what it takes—and costs—physicians to get reimbursed for the care they provide patients.

No other professionals, for example, lawyers or dentists, would put up with the government’s determining what portion of their bill will be “adjusted” away, or put up with continually reduced payments to the caregivers—physicians—to deflect the money to data collectors and fraud chasers. The excuse given is “quality improvement.”  There’s nothing about big data or electronic medical records (EMRs) that really improves the quality of patient care. Nothing. EMRs serve only one purpose—collection of data to devise ways to reduce payments to physicians. Any other justification is window dressing.

The Big Heist has it right.

The story which follows of how Medicaid obstructs payment to physicians provides some transparency to the horrendous fraud that passes for physician reimbursement in healthcare.

We’re working on a claim for a patient encounter on 12/29/2014. Yes. We are still trying to get paid for an office visit from two and a half years ago. As a private clinic, we do not get paid for uncollectible patient charges, and we cannot take uncollected patient charges as tax deductions.

North Dakota Medicaid (NDMedicaid) pays the following after their “contractual adjustment” to the dollar amount submitted for CPT office visit codes 99214 and 99215:

Some Medicaid patients have insurance as well as Medicaid benefits. In this case, the patient had Railroad Medicare (primary insurance), and our claims clearinghouse submitted the claim first to Railroad Medicare. After payment by the primary insurance company, our claims clearinghouse automatically submitted the claim to the secondary insurer, in this case, NDMedicaid.

There are rare cases in which patients have a primary and secondary insurance, and Medicaid as a tertiary insurer. No one I know bothers to submit tertiary claims to Medicaid. First of all, the claims clearinghouse does not automatically resubmit claims to tertiary insurers. Thus the clinic claims manager would have to submit the Medicaid claim manually. These tertiary Medicaid claims pay about $1 to $2. Clearly this doesn’t even cover the cost of filing the claim. I have heard that many clinics simply tell the patient that they can submit the tertiary claim to Medicaid themselves.

The Story of this Patient’s Claim

The claim for this December 29, 2014, visit was first submitted to our clearinghouse on January 15, 2015, two weeks after the patient encounter. Up to this date, this patient’s encounters had been 99214s, but in this case we documented a 99215 charge.

Railroad Medicare paid the claim after “only” two months, on March 15, 2015. Our clearinghouse then submitted the claim to NDMedicaid. The NDMedicaid remittance advice shows a 0 payment by Medicaid. This struck us as peculiar since all the 99214 claims for this patient reflected secondary payments by NDMedicaid.

Over this next year and a half, we resubmitted this claim 9 times with some 42 changes specifically requested by NDMedicaid. As the claim re-submission process dragged on, Medicaid asked that we change old, previously accepted numbers to new ones and resubmit the claim. Our experience is that when the claims re-submissions become lengthy, NDMedicaid likes to change the case file numbers and many of the taxonomy numbers. Probably makes their track record appear less obviously obstructive.

Twice NDMedicaid rejected the claim because NDMedicaid said the patient was insured by United Health Care (UHC). This is stonewalling. NDMedicaid has access to the same health insurance databases we do. They could have verified this patient was not covered by UHC.

We resubmitted the claim with the statement from UHC that the patient was not covered, and still the claim was rejected a second time because NDMedicaid claimed the patient had UHC insurance.

NDMedicaid told that we would have to check with the patient’s social worker. Unclear how this trumps a notice from UHC that the patient was not insured.

The social worker confirmed, of course, the patient was not covered by UHC, but made an interesting observation. She said when NDMedicaid finally made their new electronic EOB system live, a lot of patient claims were returned asserting patients had other insurances. Interesting how something like that could happen.

Clearly, this was a problem NDMedicaid knew about, but rather chose to continue to use to delay payment of the claims.

By now we are having to send paper copies of the claims with every re-esubmission, along with a proof of timely filing (POTF) generated by our claims clearinghouse.  These documents “prove” that the claim was originally filed within the time frame allowed. NDMedicaid knows this claim was filed in a timely manner. They have electronic records. But NDMedicaid requires an official document from the claims clearinghouse to “prove” what they already know—with every resubmitted claim once the time frame for submitting the claim had passed.

The web site provided in this note has nothing to do with paper size. Note no one signed this notice, but clearly someone took the trouble to hand-write the excuse. What’s more, with electronic submissions, why is NDMedicaid trying to scan the claim form anyway? And why is the standard sized 1500 form labeled “too small.” The resubmitted claim form WAS an original and it was certainly standard 1500 size. Should have fit any scanning machine, and fit any online placeholder for the scanned image. Why does NDMedicaid think it is not an original?

To our claims manager’s surprise, no one in NDMedicaid had ever heard of this reason to reject a claim. Nor do these NDMedicaid claims representatives offer to investigate their own unknown reasons for rejecting a claim. They simply say they’ve never heard of this wrong-sized paper excuse before. You’re problem.

Any reasonable person would expect NDMedicaid to be able to explain the reason for a denied claim, and if the NDMedicaid claims representative never heard of it before, you would think it would be NDMedicaid’s responsibility to find out what the rejection excuse meant.  Not so with NDMedicaid.

North Dakota Legislature Provides no Oversight for Agencies it Creates

NDMedicaid was so uncooperative in resolving it’s non-payment of this claim, I finally called the North Dakota State Insurance office for help. I was told that if Medicare didn’t pay, their office could investigate. However, they can’t do anything about NDMedicaid not paying.

Eh? NDMedicaid is a North Dakota government agency. The North Dakota Insurance Commissioner’s Office can’t investigate possible wrongdoing in it’s own state? A serious, serious problem. NDMedicaid is apparently accountable to no one for it’s dysfunction.

Finally I tried to find out if there were supervisors of any sort who could talk to me about the problems with this claim. No one in the NDMedicaid office knew of anyone in particular in the organization who handled supervisory questions. I was, however, given the name of a woman who “might be able to help.” She only had voice mail. I left my name and number. Got no response. Called again about a week later and left my name and number again. After two weeks, the woman returned my call.

She looked at the EOB and knew exactly why Medicaid wouldn’t pay on this claim. This had been a 99215 claim, unlike the others. Since it was a 99215 claim, Railroad Medicare had paid $94.77 for this encounter. She said Medicaid does not pay any additional as a secondary payer if the primary payer pays as much or more than NDMedicaid does for a 99215 claim.

So this leaves us with the question as to why at least one of the numerous times our claims person called NDMedicaid, we weren’t told of this stipulation. It’s now been a year and a half that we have regularly contacted ND Medicaid about why this claim kept getting returned unpaid, and we got numerous excuses for non-payment, but not this one.

In the remittance summary from our clearinghouse, I find it interesting that the amount NDMedicaid pays on a 99215 claim is precisely the payment made by the primary insurer, Railroad Medicare.

The North Dakota State Legislature needs to provide oversight and expect accountability from state agencies it creates. Nothing less should be expected of North Dakota legislators.

In a state where rural populations often lack physicians, the state legislators have an obligation to be sure the care provided North Dakota patients is reimbursed promptly and fairly.